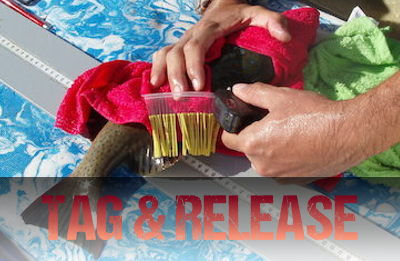 Why Tag and Release

Suntaggers who practice Tag and Release provide the ultimate contribution to the future of our fisheries. Tag and Release has been a huge part of the culture of fishing in Queensland for over thirty years and has contributed to hundreds of studies. Tag and Release forms the foundation of the Crystal Bowl stock prediction system. Time and time again, tagging has proved the most effective means of monitoring species that are important to recreational fishers.

Suntaggers are not just fishers who believe in the future they are among the best fishers in the state and have a willingness to improve their skills in both catching and handling fish.